A whale of a finding

The impact of climate change on nature and its creatures, small and large, is top of mind these days. So during a Geography and Environment seminar at UH Mānoa in Spring 2021, doctoral students Hannah von Hammerstein and Renee Setter wondered about the impact of unabated greenhouse gas emissions on the ocean breeding grounds of humpback whales, which have a particular relevance to Hawaiʻi. The whales fuel the tourism industry, hold great cultural value, and their presence affects the entire coastal ecosystem. Possible changes to their migration patterns could have severe consequences on all these levels.

Now, a year later, their findings with co-researchers on humpback whale breeding conditions are alarming: In a “fossil-fueled” future (with continuing high development and unabated carbon emissions), 67% of humpback whale breeding grounds will heat up to critical sea surface temperatures, which are higher than the historic range for humpback whales during their breeding months. But, under a “middle-of-the-road” emission scenario (a future with a decreased impact on climate mitigation and adaption), that number would fall to 35%.

“We expected to see critical warming in some of the breeding grounds, but the number of critically affected areas was a surprise,” said von Hammerstein. Added Setter, “It is clear that future temperatures in crucial whale breeding areas could have negative effects on future populations of this charismatic megafauna.”

Their findings, published in the May 2022 issue of Frontiers in Marine Science, were in collaboration with co-authors from the UH Marine Mammal Research Program (UHMMRP) and the Pacific Whale Foundation (PWF).

Humpback whales are known to winter in tropical coastal waters like Hawaiʻi, where they give birth to their calves. These areas lay in regions with sea surface temperatures ranging between 21 and 28 degrees Celsius, and the whales typically return to the same sites annually. However, with anthropogenic climate change warming the oceans at unprecedented rates, it is likely that some of these regions will heat up past this 21-28°C temperature range over the next century.

The researchers used a statistical “delta downscaling” method to increase the resolution of global sea surface temperatures and track the critical 21-28°C isotherms that border humpback whale breeding grounds over the 21st century. Under the “fossil-fueled” development scenario, humpback whale breeding grounds would reach the critical 28°C by the year 2100, but would stay well below this threshold if global and national institutions work toward emission mitigation goals.

With a common faculty advisor in Professor Camilo Mora, von Hammerstein and Setter report that their UHMMRP and PWF co-authors are conducting a basin-wide health assessment of humpback whales in Hawaiʻi and Alaska. They added that they hope the study results will be an incentive for policymakers to work toward reducing emissions, not only in Hawaiʻi but also on an international level.

“While the results of the study are daunting, they also highlight the differences in outcomes between the two emission scenarios,” said von Hammerstein, who holds a master’s degree in International Studies in Aquatic Tropical Ecology from the University of Bremen in Germany. “While 67% of humpback whale breeding grounds surpass the 28°C threshold under the ‘fossil-fueled’ development scenario, implementing emission mitigation measures in line with the ‘middle of the road’ scenario could halve this number.”

Agreed Setter, who earned her master’s degree at UH Mānoa, where she is in her third year of PhD study, “It’s crucial that we do what we can to stop or slow the increase in temperatures by reducing emissions of greenhouse gases and supporting renewable green energy.” 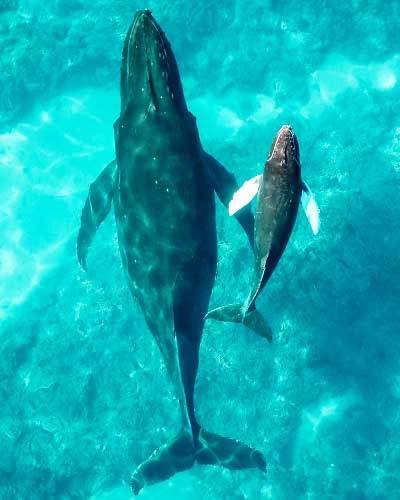 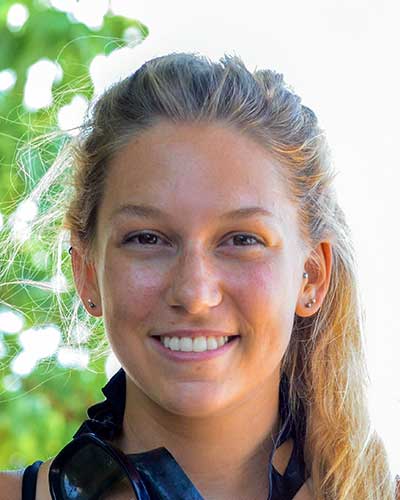 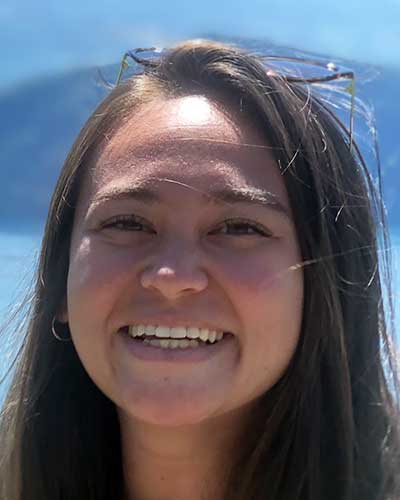