When Mia Nguyen was growing up in Kailua-Kona on Hawaiʻi Island, her college destiny was already planned out before high school. Her family had a history with the University of California system schools like UCLA, and she was encouraged to study in a STEM field like medicine, engineering or computer science. “It was daunting to find an interest that would be my major forever,” said Nguyen, 19. “It scared me, and I didn’t feel like high school classes or even Advanced Placement (AP) courses were the way to find it.”

“Mr. Brown knew a lot about the general requirements for UH admission, and told us if we took early UH Mānoa courses while still in high school, we’d have an advantage,” said Nguyen. “He was right. By the time I graduated from Kealakehe in 2020, and was accepted to UH Mānoa, I had most of my general requirements out of the way and was taking electives. In contrast, my Kealakehe classmate who opted to take AP classes instead of Mānoa Academy courses complained about having to do general requirements in her freshman year, and having little time to explore her passions through electives.”

Mānoa Academy also helped Nguyen find a college major, one that melded her strengths in math and statistics, with interests in psychology, consumer behavior, and societal agents of change. “Economics is provocative, because the more you know, the more questions you ask,” she said. “For example, look at the fallout from the spreading of internet ‘tea’ and the role of influencers in the GameStop/Robinhood stock price surge. It made me want to understand the principles of economics and the increasingly monetized platform of the digital world.”

In addition, Nguyen was motivated and impressed by the high-caliber of Economics faculty and graduate students at CSS, some of whom happen to be women. “There are many amazing women here that it’s no surprise I want to go into the field,” she said. “Teresa Molina, Theresa Greaney and Kylie Ojiri are all stand-out motivators who are approachable and successful in making my academic study feel special.” Added CSS Dean and Economics Professor Denise Eby Konan, who met Nguyen in Fall 2022 at a student event, “I was so impressed by Mia as a confident Economics major from Hawaiʻi Island. Only 24% of Economics majors are female, so her drive to excel was impressive. She makes a very strong case for why it’s important for Early College students to go through the admissions process, and how the Mānoa Academy pathway can make a difference statewide.”

In fact, Nguyen’s positive experience in high school and now in college has finally crystallized her higher ed pathway. She intends to take a time-shortening route to a graduate degree via the Economics’ Bachelor’s and Master’s (BAM). “Through enrolling in college classes while in high school, and being ahead of the game at UH Mānoa thanks to Mānoa Academy, has made me confident that I can handle the BAM course load,” said Nguyen. The program is for highly motivated students to complete combined bachelor’s and master’s degrees at UH Mānoa in a shorter period of time by double-counting course work at the undergraduate tuition rate. In most cases, BAM students can graduate with both a bachelor’s and master’s degree in five years instead of six years or more.

“On earning my master’s, I’d like to be proficient in my field and work – for a private firm or government – as a policy analyst or economic researcher. Eventually, my hope is to get a PhD in Economics, and continue research as a professor for a university,” said Nguyen. “Being an Economics major has only enriched my life. I now have tools to aid me in solving complex problems, and I can better understand my relationship to the world. Mānoa Academy has made such a positive impact.” 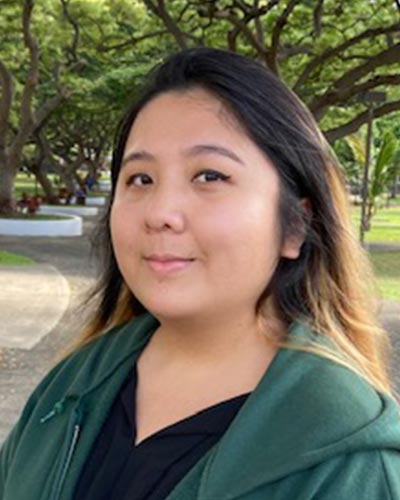