The best of the best

Every May, when the College of Social Sciences honors an Outstanding Graduating Senior (OGS), the selection is based on much more than a high grade point average. In fact, the annual award is bestowed on the CSS graduate who has excelled in demonstrating the College’s core values of scholarship, leadership and service.

In 2022, that OGS recipient is 22-year-old McKenzie Rose Keali‘i Hulu Hulu Tynanes, a Makakilo-Kapolei resident who double majored in Political Science and Ethnic Studies with a 3.83 grade point average. She is also well on her way to earning a master’s degree in Political Science through the Bachelor’s and Master’s Degree Pathway (BAM), which is designed for highly motivated students seeking to complete a master’s at the lower-cost undergraduate tuition rate.

Tynanes said joining the BAM program was important to her. “Earning a master’s degree, and learning from professors who can teach within a grounded Hawai‘i context, will give me a better understanding of politics at a local level,” she said.

As part of her academic work, the proud Native Hawaiian said she relished participation in the Mālama I Na Ahupua‘a service-learning program, and Nā Koʻokoʻo, the College’s Native Hawaiian leadership program that ignited her interest in and passion for her heritage. While working in multiple wetland taro fields on O‘ahu, she learned the concept of “ea” as both life and sovereignty, as well as the value of practicing immersive community-engagement.

In her senior year, Tynanes was also a student intern on the public policy team of the Office of Hawaiian Affairs, where she researched local and global land issues, and created a land acknowledgement template.

Outside of the academic realm, she served three years as a resident assistant (RA) at Student Housing Services, where she received three awards: for demonstrating aloha, excelling in her RA duties and responsibilities, and for “making a difference in the lives of fellow staff and residents.”

In addition, Tynanes served as one of the leaders of the 2021-2022 CSS Ambassadors, who worked directly with the CSS Dean and leadership teams to support the College and its initiatives. For example, in April, she was a greeter at the Mānoa Experience open house, which drew more than 3,000 registered attendees who wanted to learn more about the campus. She has also served as a host for visiting students from Japan-based universities including Meiji Gakuin, Tohoku, Konan and Kagoshima.

Now that Tynanes is graduating with her bachelor’s degree, she is laser-focused on earning her master’s degree so she can follow her dream: to work in geospatial intelligence, a field that her double majors have prepared her for, she believes. “I am so grateful for everything that CSS has given me, and will continue to give me in graduate school,” said Tynanes. “I’ve learned that luck comes from hard work. Always do your best, because tomorrow isn’t promised.” 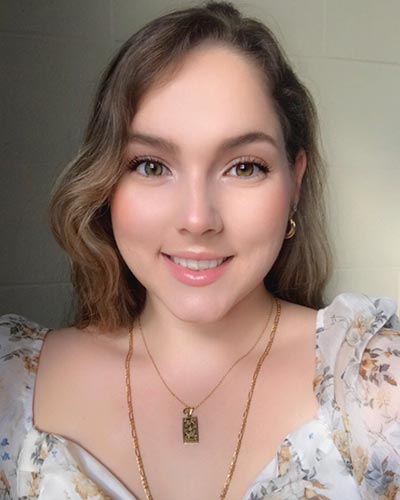