A made-in-Hawaiʻi short film that premiered at the 2022 Hawaiʻi International Film Festival was produced by two real-life sisters; is about two fictional sisters; and is based on two of Hawaiʻi’s most famous sisters, the deity Pele and her younger sibling, Hiʻiakaikapoliopele or Hiʻiaka.

A Tale of Two Sisters blended narrative and movement-based storytelling to convey how the two main characters, Gigi and Angi, embarked on a journey to overcome the tension in their relationship and better understand their cultural identities.

The eight-minute film was choreographed and produced by Brigitte Leilani Axelrode, who is pursuing a graduate certificate in Women, Gender and Sexuality Studies at the College of Social Sciences. In 2017, she earned her BFA in Communication Studies and Dance from Loyola Marymount University in Los Angeles.

The film’s director, writer, editor and producer was Brigitte’s younger sister, Angelique Kalani Axelrode, who earned her BS from Vanderbilt University in 2021.

“This film was born out of my sister’s and my distinct yet simultaneous journeys to understand and learn more about Native Hawaiian culture,” said Angelique. “Creating the film together was incredibly cathartic.” 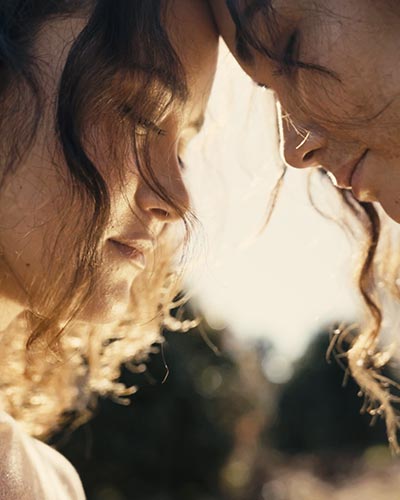 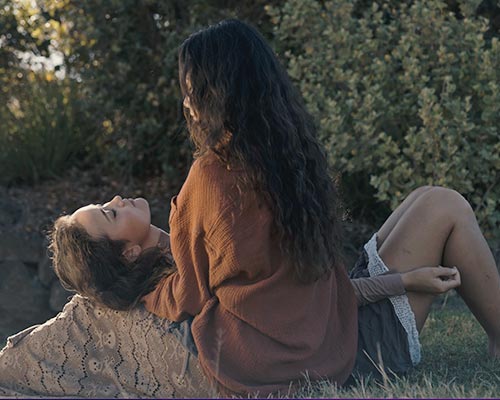 From A Tale of Two Sisters: Pele supporting Hi'iaka before they embark on their journey.
More CSS News