The accelerated journey to a graduate degree

Kahōkū Hesia and ʻIhilani Lasconia have many things in common. Both are bright and highly motivated undergraduates majoring in Ethnic Studies at the University of Hawaiʻi at Mānoa. They hope to earn master’s degrees in educational administration to launch careers helping students. And both are taking the same newly instituted “shortcut” to a graduate degree – as members of the first cohort in the combined Bachelor’s and Master’s (BAM) Degree Pathway program in Ethnic Studies and Education.

In most cases, College of Social Sciences students can obtain their bachelor’s in Ethnic Studies and master’s in educational administration in five years, instead of the usual six, which positions graduates for success in an increasingly competitive job market, said Roderick Labrador, Ethnic Studies associate professor and program director. “Plus, another advantage is the ability to enroll in three graduate classes at the lower-cost undergraduate tuition, thereby saving thousands of dollars,” Labrador added.

Hesia, 24, and Lasconia, 22, are on the same pathway, although converging from different directions.

Hesia was born on Maui; moved to Las Vegas, Nevada, as a child; and returned to Oʻahu to attend Windward Community College in 2017. After earning her associate’s degree in liberal arts and Hawaiian studies in spring 2019, she transferred to UH Mānoa to pursue her bachelor’s degree in Ethnic Studies. She is an ardent supporter of helping marginalized groups and enhancing women’s equity. “I knew that I wanted to go to graduate school, but I relied heavily on scholarships and grants to support my academics. The BAM program allows me to save money and time,” Hesia said. “The faculty and students are very supportive. You are never alone.”

Lasconia was born and raised in windward Oʻahu, is the middle child of five sisters, and graduated from Kamehameha Schools Kapālama in 2017. She then enrolled at UH Mānoa and signed up for Ethnic Studies 101 in her very first semester, and is dedicated to supporting Indigenous rights and helping first-generation students. “I didn’t know anything about Ethnic Studies, but I found a tight-knit group of professors and students, and joined the Ethnic Studies Student Association,” said Lasconia. “When you have a community on campus that supports you, the likelihood that you are going to be successful increases exponentially.”

As part of their graduate fellowship training, Hesia and Lasconia taught Punahou high schoolers the craft of biographical storytelling last fall as part of a federally funded project, Pūowaina/Punchbowl National Memorial Cemetery of the Pacific: Memorializing the Enshrined. In this pilot project, Punahou American Studies’ students wrote tributes to those interred at Punchbowl, which proved to be a valuable and profound learning experience for all.

For example, one of Hesia’s students was having trouble finding background info on his veteran, but he refused to give up. Said Hesia, “When he said he wanted to keep going, whether he found info or not, that was one of my proudest moments as a teacher. He continued on, and wrote a beautiful paper on what he could find.” Lasconia added that, during an online meeting when one of her students excitedly shared facts about the veteran she was profiling, Lasconia thought to herself, “Hmmm, this person sounds familiar – and it turned out to be my uncle! What a coincidence.”

Generating these kinds of life-changing moments is what BAM is all about, said Ty Tengan, Ethnic Studies chair. “As a department, we are helping to ground research and teaching in a tangible way through service to the community, and also giving our students the skills for success in their graduate programs and future careers as educators,” said Tengan. “It is a win-win for everyone.” 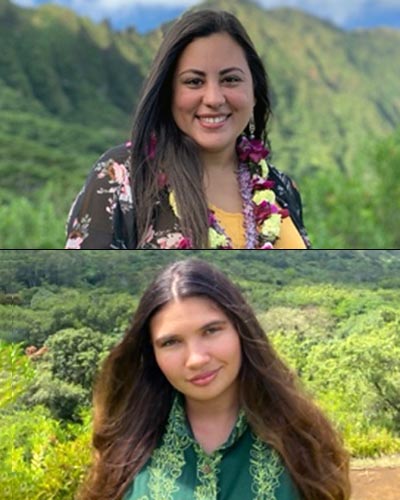